Horse of the month for December – Chinno 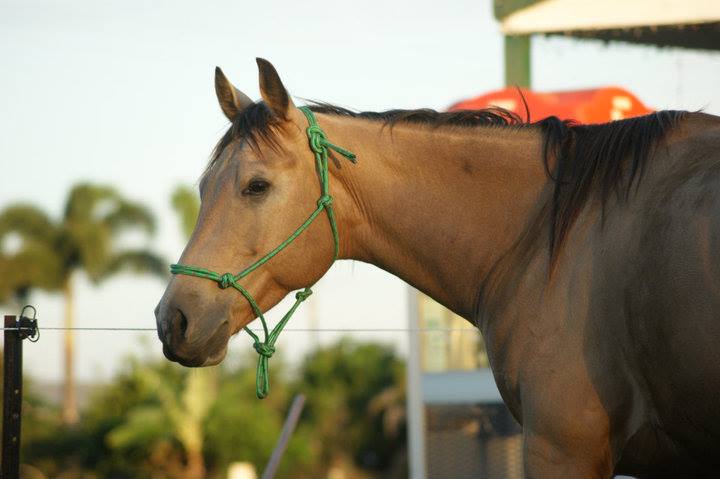 Chinno is the very lucky best mate of Nat.

Here are some words from Nat’s mum Lyn…

Nat and Chinno have been together for 4 years and they are the best of mates. Prior to this she rode Chinno’s sire Condor. When Condor got too arthritic to compete on he was retired to our paddock to enjoy his twilight years.

We set out to find another mount for Nat and happened upon this beautiful buckskin called Chinno. It wasn’t until we had agreed to take him on trial that we discovered that he was sired by Nat’s horse Condor (as he had previously been at stud.) It was a real bonus for us that we already knew and loved his Dad. And there was then no question then as to whether we would buy him or not.

Nat loves to treat Chinno when she rides. She has even been known to ride at a gymkhana with a pocket full of treats so she can reward him after each event. Thank you so much!

Name: Nine Carrot Gold aka Chinno (as he was the colour of a cappuccino when he was born)
Age: 14
Breed: Quarter Horse
Fav Discipline: Western Pleasure and anything involving cattle – Campdrafting, Cutting, Ranch Sorting.
Fav Flavour: Apple and Cinnamon
Best Quality: He’s a big cuddly teddy bear who is prepared to do anything asked of him (Natalie’s words)

Chinno is the ULTIMATE all rounder. In 2017 Chinno and Nat’s highlights were:
They won age aggregate at a pony club gymkhana, came second in a Youth Cutting event, won a Pony Club Campdraft, came second in their first ever Ranch Sorting event, won high-points Beginner Youth at 3 different Western shows, was part of the champion Junior Mounted Games team at the Local Agricultural Show (Cairns) and placed in the top 4 in both a Hunter Trial and an ODE. Chinno also helped Nat win Miss Personality in the Zone 18 Pony Club Quest.
They have a remarkable partnership and love doing all the varied disciplines as well as relaxing whilst trail riding on the beach and in the bush.