Horse of the Month – February – Cheaky 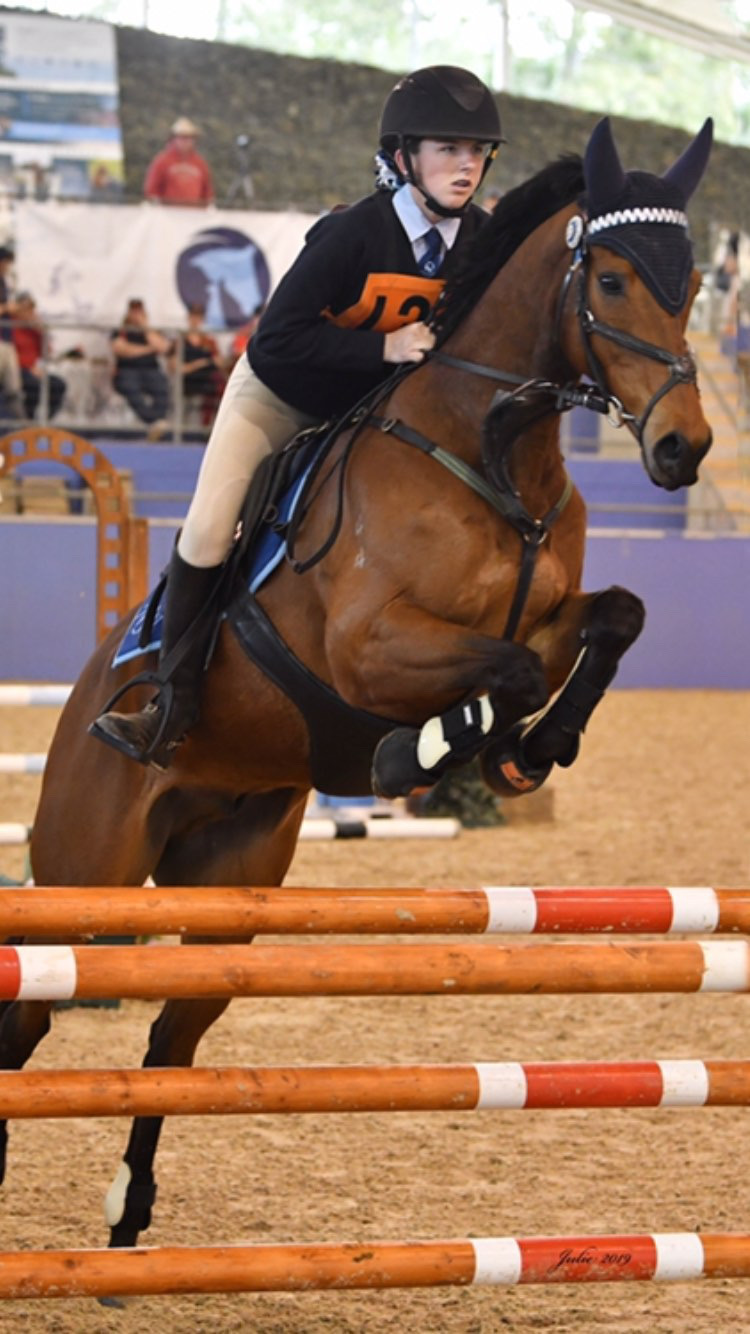 A touch of class-ASH X QH

Port Command- his stable name is Cheaky and this very much reflects on his personality, he tries so hard to please and always make the day seem so much better when you see him.

wards traveller- trav is such a sweet natures horse who loves attention and when he’s was younger we think he had been abused so he can get frightened really easily but he just loves attention, treats and cuddles.

A touch of class- trouble doesn’t act his age he acts like a 25 year old schoolmaster he is super smart and picks up on new things really quickly. He always tries his heart out and has just started to establish his flying changes.

A Funny/ Memorable story: Reno was ridden and owned by adult EA riders. On his first pony club with me, whilst I dismounted to tighten his girth, he decided to run 3 laps of the pony club grounds to introduce himself to everyone before running back to me! Needless to say, we didn’t do much because he was already exhausted 🙂

Favourite thing to do:

My most memorable story would have to have been the day that Cheaky and I won the PCA NSW state showjumping championships, he was absolutely amazing and as soon as he had finished his super speed jump off to claim the blue ribbon my mum was sitting in her chair and Cheaky shook his head and the whole bridle come off. So mum was still holding the reins but there was no horse attached but luckily Cheaky being the total gentleman that he is didn’t move and stood there for about 15 minutes with no one holding him

Favourite thing to do:

A touch of class- dressage and bowing

For your chance to win next month, simply post a video or photo of your horse enjoying their Equine Pure Delights!

Use #ephotm20 for a valid entry

Every entry is noted down every month and then entered into a random picker. Towards the end of the month, 1 winner is drawn at random and will be notified by Instagram or Facebook

Every winner will receive:

This prize pack is well worth the entry!!